"...her playing was absolutely spine tingling..."
​Rod Biss, The Strad

" ...she won us over completely with her sensitive artistry..."
Joseph Silverstein, The Strad

Violinist Daniela Shtereva made her debut with orchestra at the age of six. By the age of sixteen, she traveled on tour to most European countries.  Her strive for perfection took her away from her homeland, Bulgaria, to the United States where she could further her education. After experiencing the world-class traditions of violin playing in her training, Daniela captured first prizes in a number of competitions, including the Washington International String Competition. In addition, she earned the attention and recognition of the press and established musicians like legendary Boston Symphony concertmaster, Joseph Silverstein, who shared with the Strad magazine that Daniela "…won us over completely with her sensitive artistry". New Zealand critique, Rod Biss, reflected that Daniela's violin playing was "…absolutely spine tingling".  And her Kennedy Center performance was described at the Washington Post as "shot through with fantasy and fire".
​
Daniela captivates audiences with her innate charisma. Music flows through her veins as part of a long lasting tradition cherished and preserved in her family.  She thrives on challenge and is excited about every new musical adventure. She is deeply passionate about moving peoples' emotions through her performances. 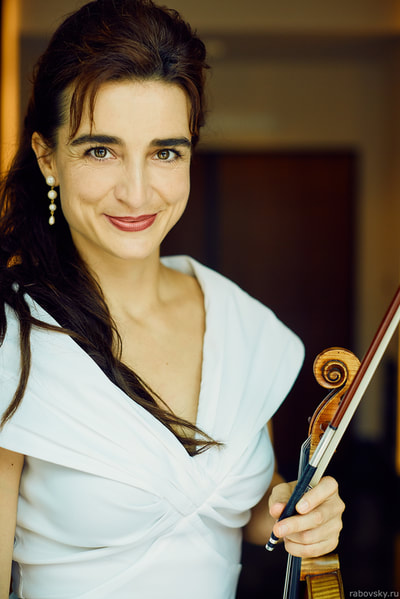 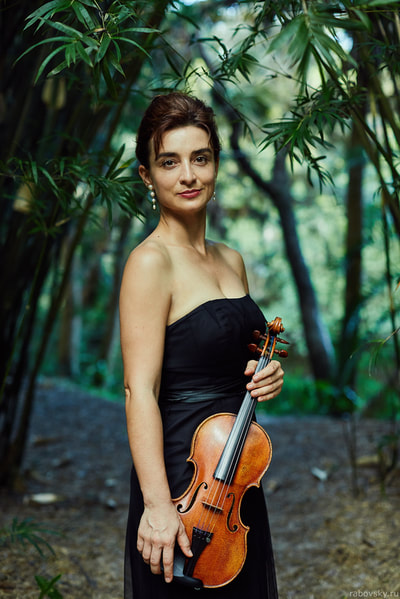 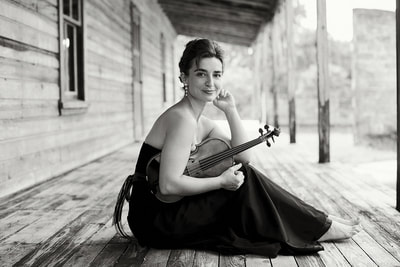 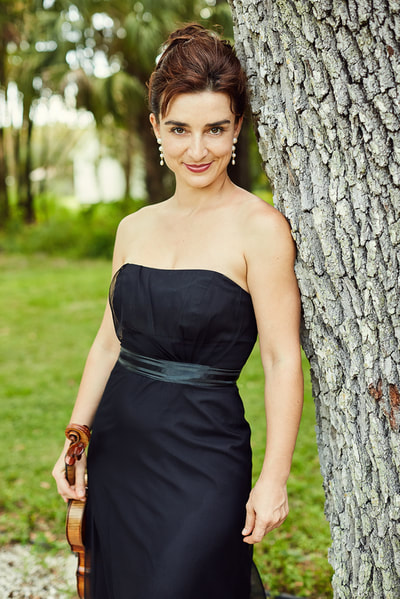 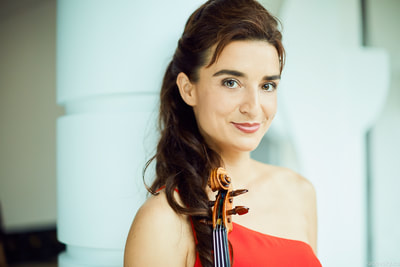 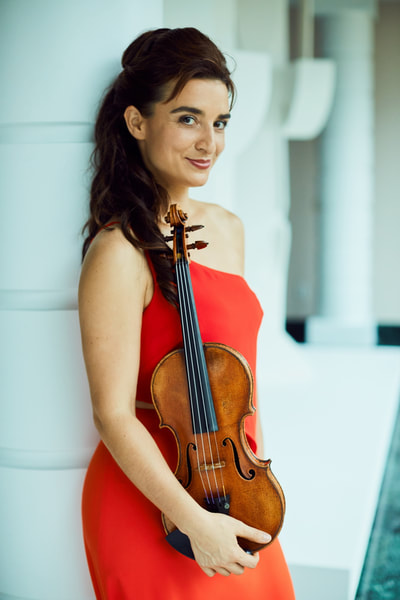 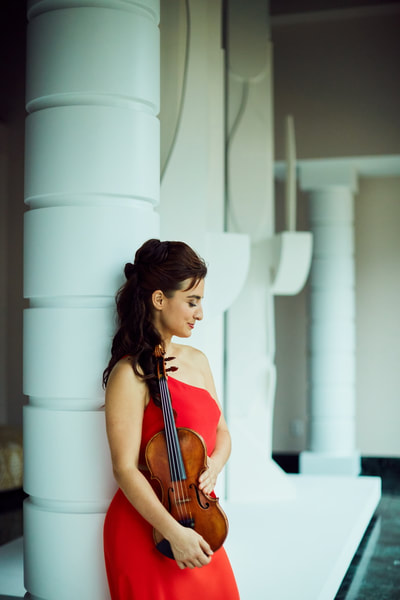 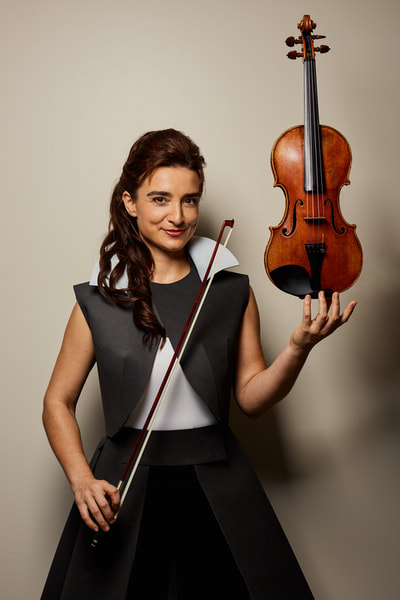 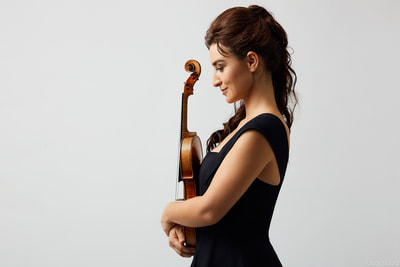 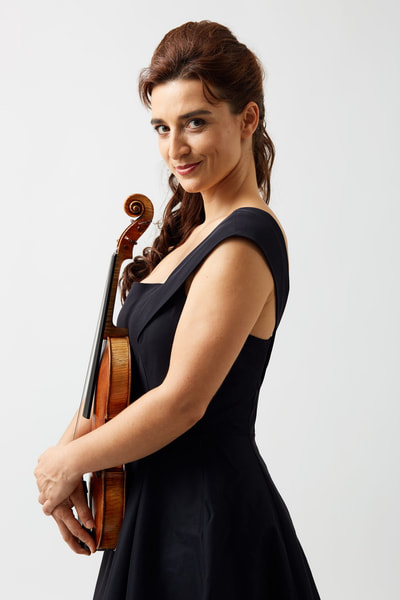 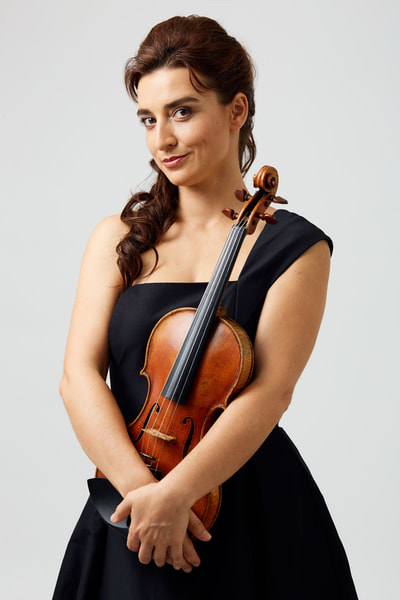 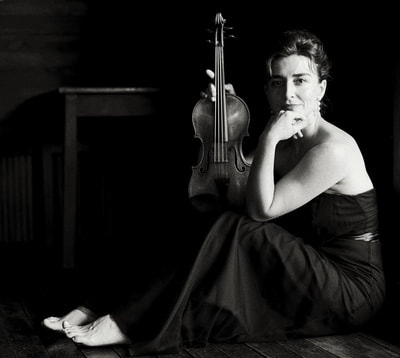 Recognized for her "sensitive artistry" (Joseph Silverstein, "The Strad"), Bulgarian born violinist Daniela Shtereva exhibits an innate understanding of classical music through her captivating and charismatic performances. Her playing deeply moves audiences through a display of a wide range of emotional expression and an unusually rich array of tone colors.  Her unmistakable drive and passion stem from a long-lasting tradition passed down in her family for over a century through five generations. Her skills and technique were cultivated by world-class pedagogues, themselves students of memorable violin virtuosos like David Oistrakh, Leonid Kogan and Yfrah Neaman. Daniela is a winner of numerous prizes at prestigious international competitions, including first place at, among others, the 2006 Washington International String Competition, the 2007 NSAL-Lynn Violin Competition, The 2007 American Society of Musicians, 2004 Sorantin International Competition, and the 2004 Pittsburgh Concert Society.

Daniela is passionate about enriching lives through her violin playing. In addition to her full-time position with the Naples Philharmonic in Florida, she performs distinct recital programs, engages in recording projects with thematic purpose, and thrives on the challenge of teaching students of all ages. In 2015, Daniela collaborated with Bulgarian painter Alexander Dimitrov on the creation of the mixed art project "Spodeleni Prostranstva" (Shared Spaces), which was featured on Bulgarian National Television and Radio. Her most recent CD, "Angels' Dreams" revives the tradition of bringing classical music to young people. Daniela’s current project with pianist Alexandra Carlson was recorded in Mechanics Hall with Grammy Award winning engineers from FiveFour Productions and focuses on unearthing commendable works of Bulgarian, Russian, Belgian, and Spanish composers.
​
A prize winner of the 7th Szeryng International Violin Competition and the 2011 Vladigerov Piano and Violin International Competition, Daniela was also a semifinalist in the string-playing olympics of Sibelius, Indianapolis, Michael Hill, and Sarasate International Violin Competitions. She has garnered the recognition of renowned violinists Elmar Oliveira and Aaron Rosand. The STRAD magazine (Rod Bliss) described her playing as "absolutely spine tingling.” The Washington Post said that her Bartók Second Violin Concerto was "shot through with fantasy and fire.” And former Boston Symphony Orchestra concertmaster Joseph Silverstein shared with The STRAD magazine that Daniela "won us over completely with her sensitive artistry.”

Daniela has collaborated with leading musical artists at a wide range of international venues, performing as a soloist, chamber musician, and an orchestral player. She has appeared as a soloist at Kennedy Center; with the Redlands Symphony; at the Varna Music Festival in Bulgaria, with Dobrich Chamber players; and on tours in Germany, Belgium, Norway, Macedonia, Greece, Austria, and France. Her chamber music appearances include the Seattle Chamber Music Festival with some of America's most prominent musicians, among them, cellist Robert DeMaine, Amit Peled, violinist Stefan Jackiw, and pianist Andrew Armstrong. As a concertmaster, Daniela has led the Omaha Symphony, the Tulsa Symphony, and Pittsburgh Opera Theater.

Originally from one of the oldest cities in Europe, Plovdiv (Bulgaria), Daniela began her violin studies at the age of four-and-a-half. She quickly advanced to make her first appearance as a soloist with orchestra at the age of six as a student of Elena Doykova.  Upon graduating from the studio of Elena Koynova at Dobrin Petkov High School of Music, Daniela already concertized throughout Europe, took prizes at numerous competitions and attended master classes with Vania Milanova and Mincho Minchev.  Furthering her education at the National Conservatory in Sofia, she studied with Evgenia-Maria Popova (a student of Leonid Kogan), Ivan Peev, and Yosif Radionov to obtain her Bachelor's Degree. In 2000, Daniela moved to the United States on a personal invitation from Professor Kevork Mardirossian (a pupil of Yfrah Neaman) earning her Master’s Degree from Louisiana State University. She further advanced her studies with Professor Cyrus Forough, one of the last students of legendary Russian virtuoso David Oistrakh, earning an Artist Diploma for Solo Performance from Carnegie Mellon University.